The King of Gems

In ancient Indian manuscripts, the word used to describe the ruby was the ‘Ratnaraj’, which translates to ‘the king of gemstones’. In other Sanskrit records, rubies were deemed the ‘Ratnanayaka’ – ‘the lord of all gems.’

Throughout history, monarchs of every culture and nation have regraded the ruby as a regal symbol of everlasting beauty, wealth and power. In the Orient, the ruby was held to be a good luck talisman, possessing special powers. The gift of rubies was also an expression of love and lasting devotion. Furthermore the ruby is the birthstone for the mother of July, promising strength of body and soul, and protection from danger or evil.

For millennia, this fiery relic has fascinated mankind deeply through its unequaled vibrance, and will forever continue to capture the imaginations of gem lovers worldwide. 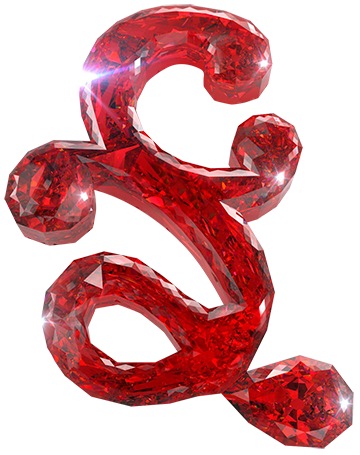 An investment
for generations

The increase in the index price of rubies has been outpacing that of the Dow Jones for the better part of the last decade. In fact, they also have a greater rate of increase in their price index than all other gemstones aggregately. In recent years, it is the Burmese ruby, so rare and sought after, that has created such fervency in auction salesrooms, headlining Christie’s and Sotheby’s sales.

Beautiful color, exceptional brilliancy, tranquil clarity and exceeding rarity are the trademarks of Burmese rubies, giving them the best investment value for the future. 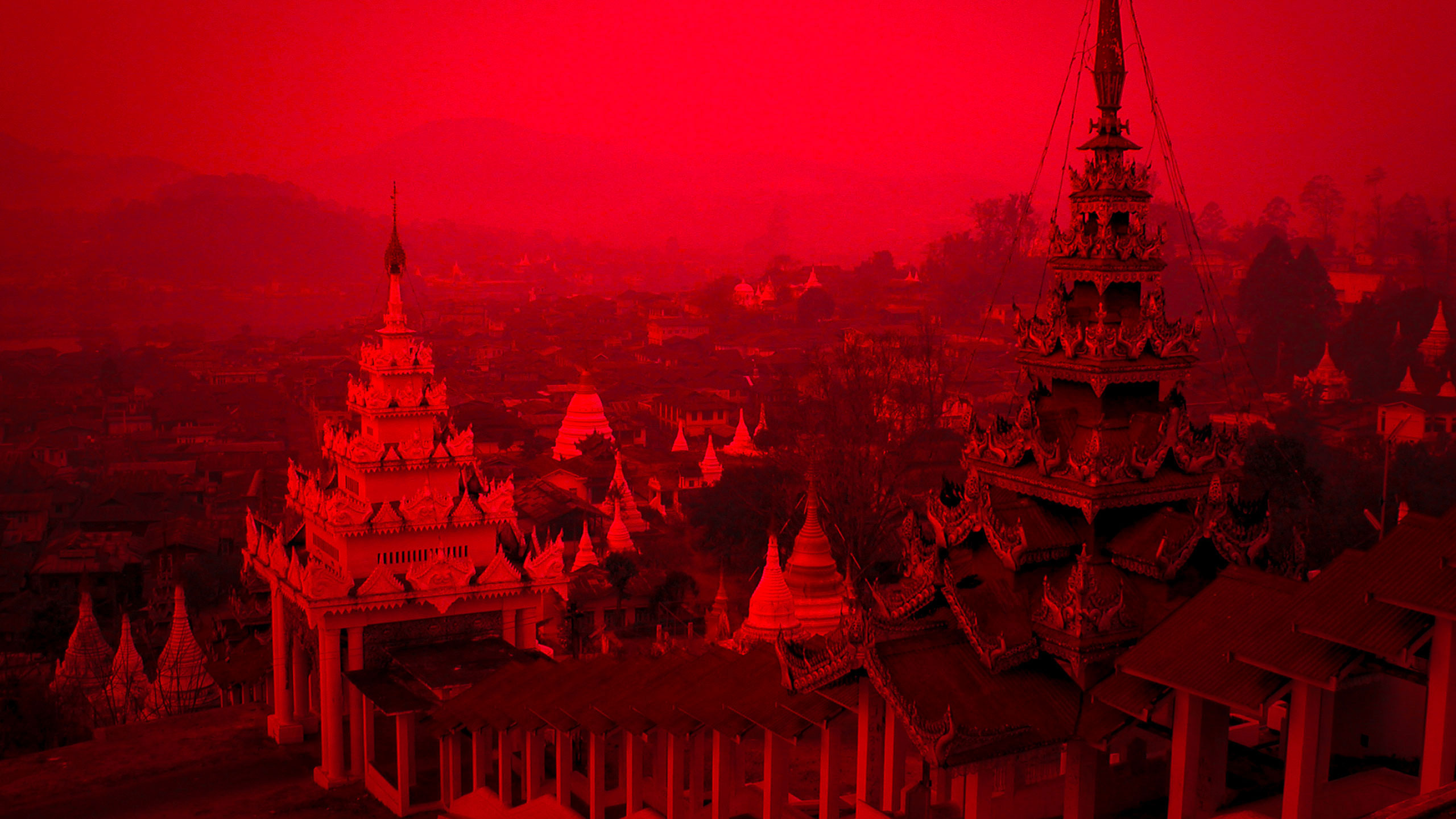 The Land of
Legends

For more than a thousand years, fables and legends told the story of Burmese mines that held auspicious, red gems in great abundance, with numerous accounts in gemological literature placing the purest rubies in the Mogok area. However, for a long time very little was known or recorded about these precious gems and it remained a closely-guarded secret for many centuries. As time progressed, tales of the wonders of Burma trickled out to the far reaches of the globe, attracting explorers, travelers and artists. By the late 1700s, the brilliance of the Burmese ruby became renowned to the world.

As a result of its production of legendary rubies, Burma resonates with intrigue and mystery. Its rich cultural history, grand architecture, and almost magical gems forever guarantee Burma a place in the hearts and minds of gemstone aficionados for generations to come.

A Burmese origin is considered the most quintessential class for rubies as they have an intense, vivid red ‘pigeon’s blood’ color coupled with resplendent natural fluorescence. 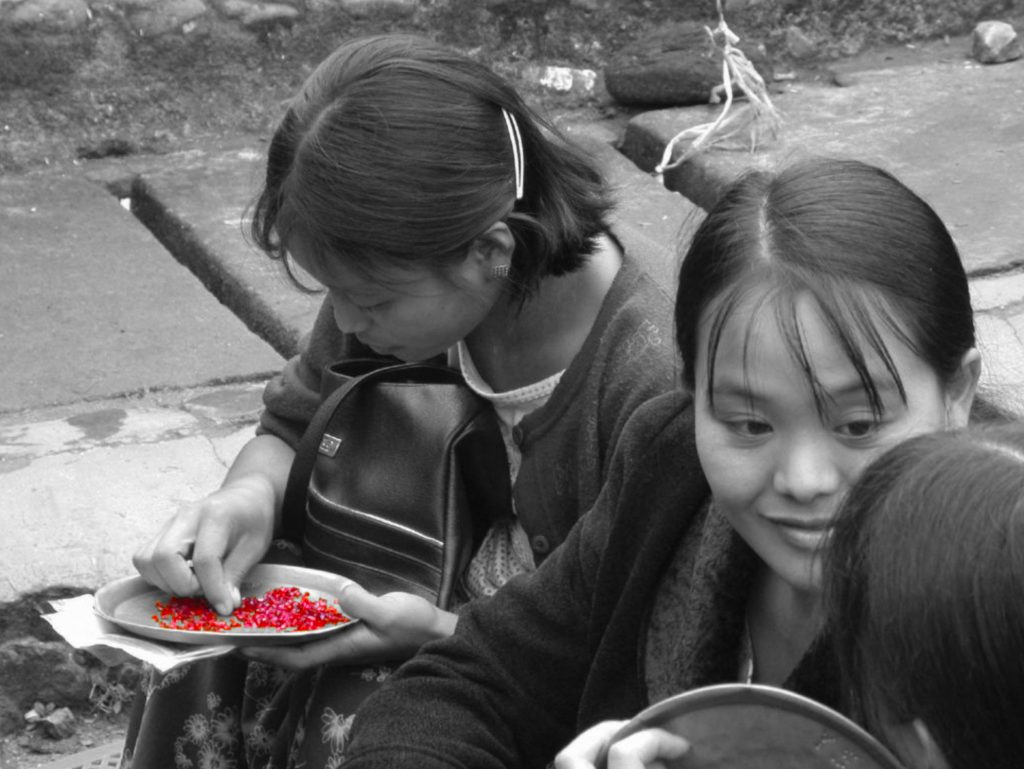 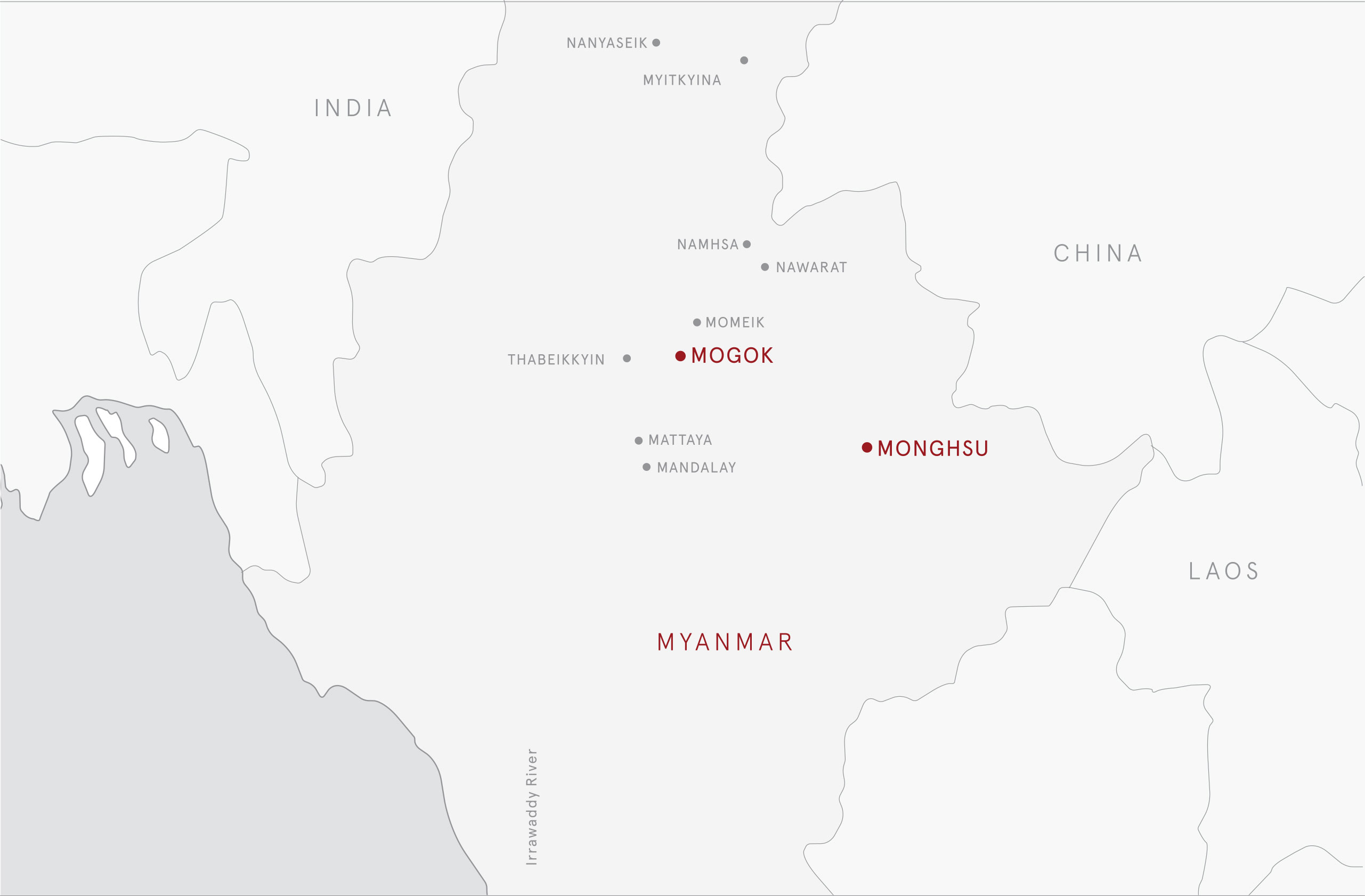 The Origin of the
Finest Rubies

Even though the quality of a gemstone and its location (country of origin) may not be correlated, some areas of the world have gained significant prestige for yielding beautiful gemstones of unprecedented quality. Of all the ruby producing origins, one country and one country only eclipses all other, and continues to capture the imagination of travellers, explorers and entrepreneurs: Burma. Typically, a Burmese origin is considered the most quintessential for rubies as they have such an intense colours (often described as ‘pigeon-blood’) coupled with resplendent lustre and fluorescence (fire).

Within Burma, there are further distinctions between regions and mines that produce the best rubies in the world. Burma’s legendary Mogok valley is the world’s pre-eminent source of rubies providing the world with the highest of qualities, captivating gem connoisseurs and collectors for centuries with their uniquely prized ‘pigeon’s blood colour’, an appellation promising the most exceptional quality. 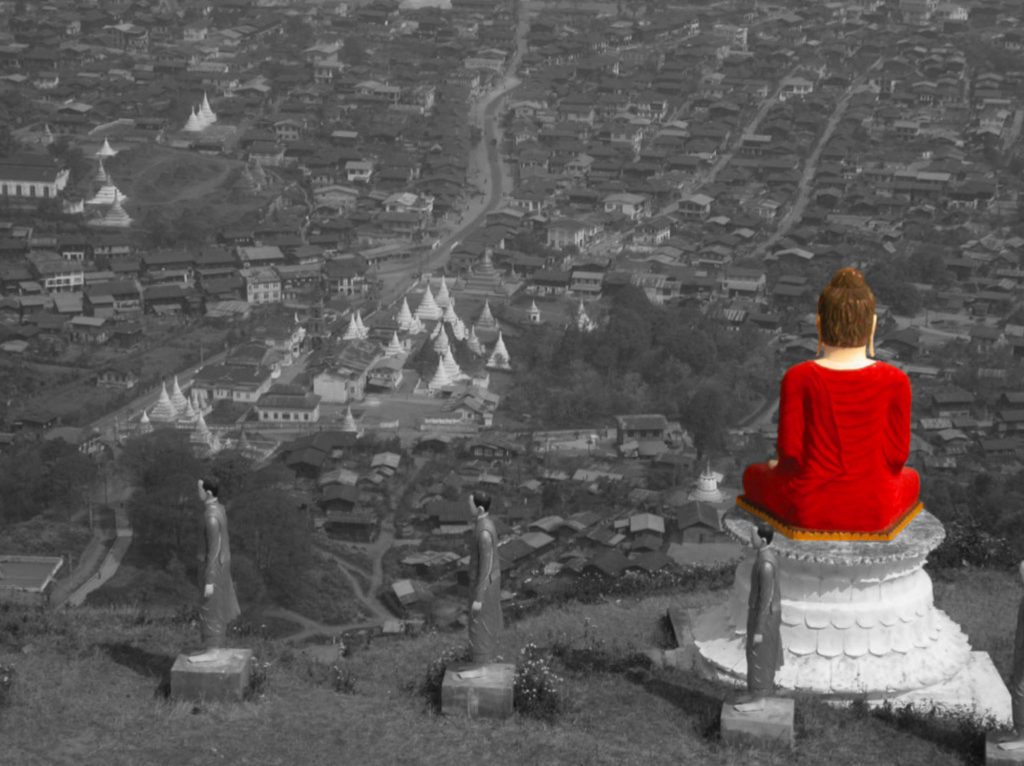 Rubies from Mogok possess an unrivalled crimson red body colour together with a fiery red fluorescence, both related to the presence (in traces) of the element chromium – the latter granting them an inextinguishable fire, even when placed in the dark. Mogok rubies are also characterised by the presence of a multitude of tiny, fine needles, commonly known as silk, which cause light to reflect further and produce a velvety sheen throughout the gem and allowing light to be scattered into the facets. It is this extraordinary mix of the most desirable red colour and vivid fiery sparkle that set Burmese rubies, and especially Mogok rubies, apart from their peers. 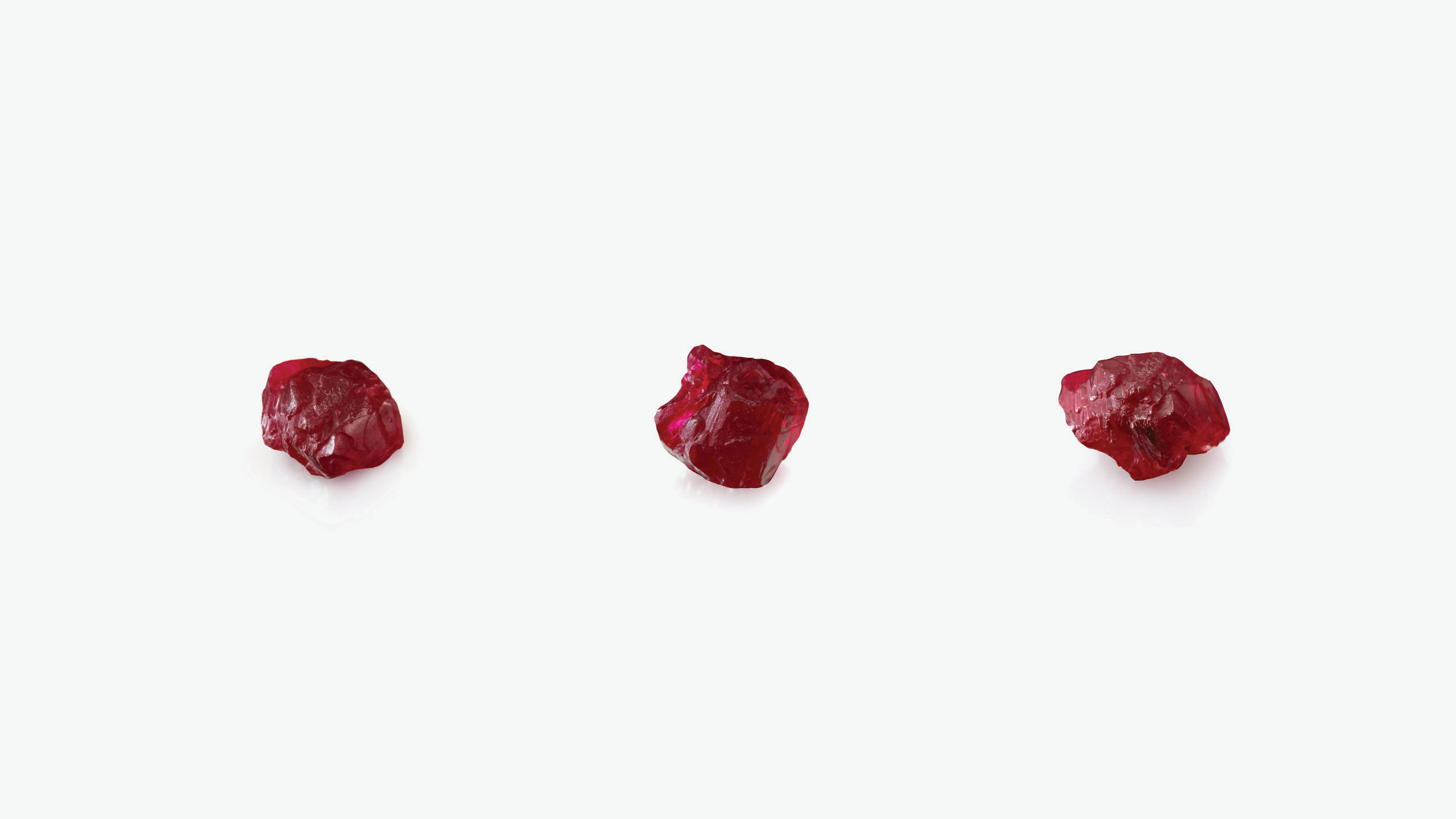 From the mining to the manufacturing, the entire Faidee process is vertically integrated, where each individual rough is rigorously cut with utmost perfection, allowing every gemstone to reach its fullest potential.

Variety of inclusions in Burmese rubies. 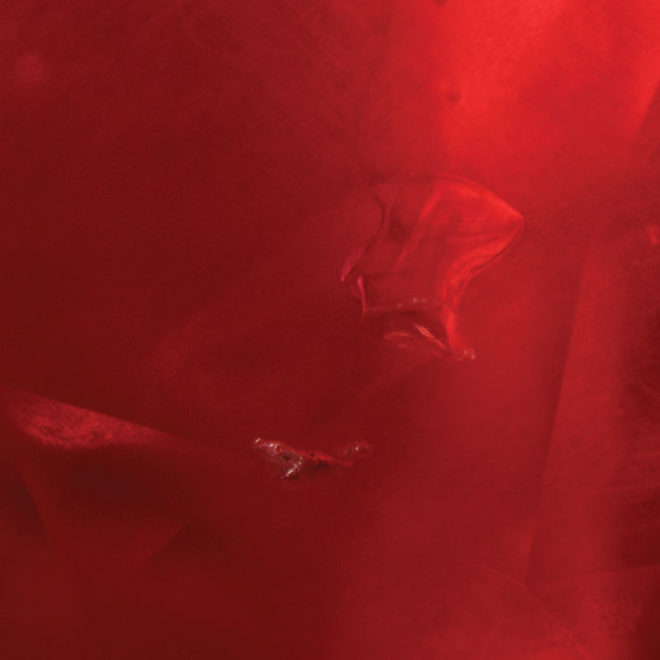 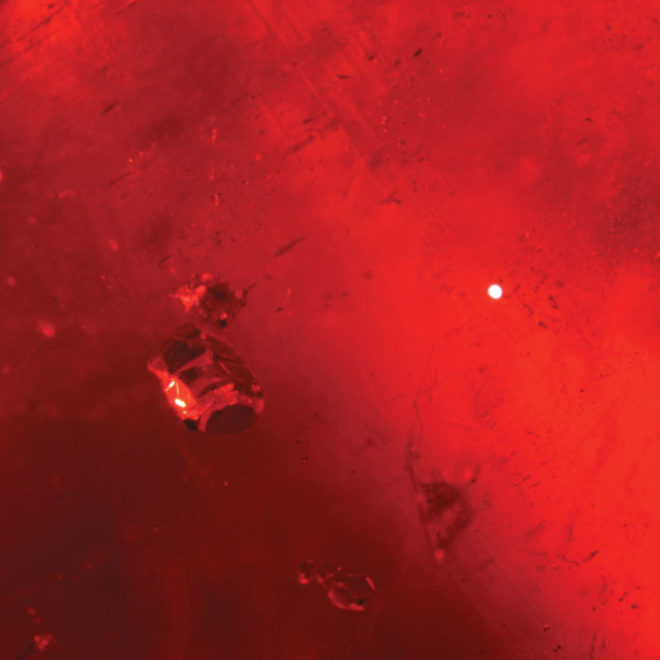 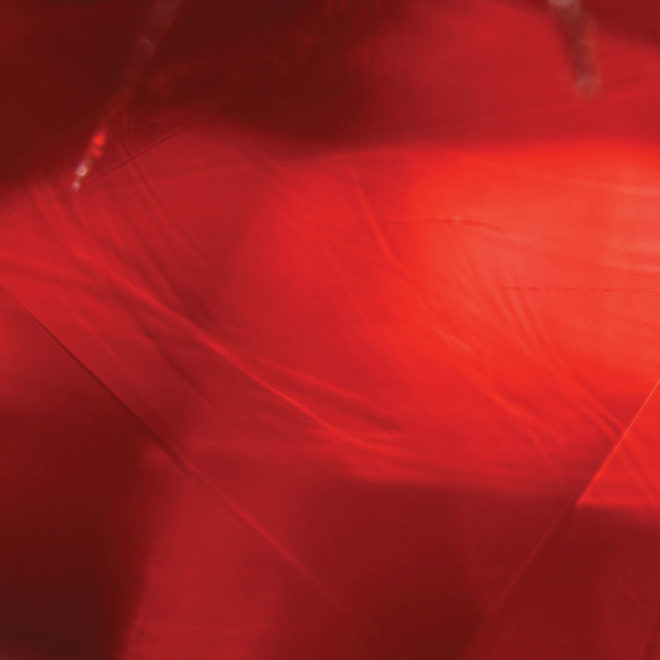 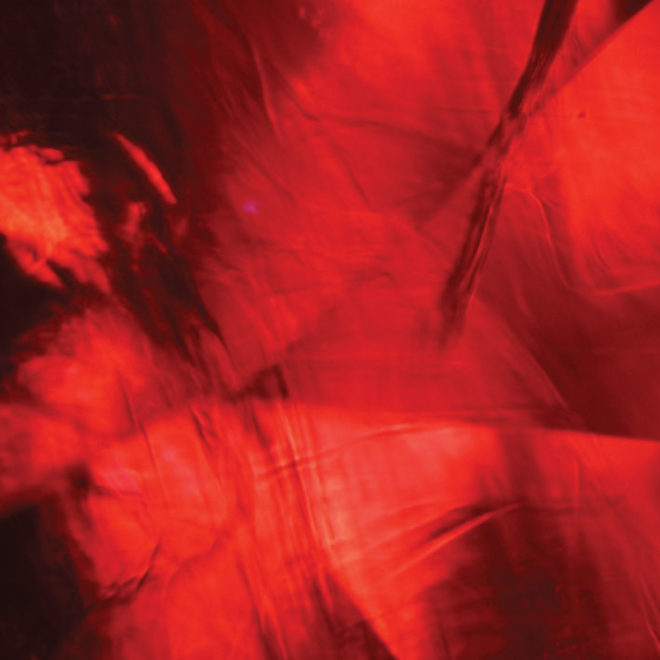